Presented by Sotheby's, "From Street Art to Studio - Graffiti as Fine Art"

Hear artists John Matos, aka Crash One, and Lady Aiko in conversation with cultural critic and curator Carlo McCormick moderated by Harrison Tenzer of Sotheby’s as they discuss how key artists evolved their early street art and Grafitti acts into a fine art studio practice. This transition from the street to the studio, made by such greats as Rammellzee, Futura 2000 and Crash One himself, set the basis for the pervasive street art aesthetics found in institutions, galleries and even retail spaces today. Lady Aiko explains the effect of this legacy on her practice as well as what possibilities this aesthetic and cultural movement have for the future.

Miami’s most pioneering curator and gallerist, Anthony Spinello, will lead a discussion addressing intersectional feminism in artistic practice. Joined by several artists featured in the critically-acclaimed FAIR exhibition, Nicole Doran, Juana Valdes, and Clara Varas will explore notions feminist practice, identity politics and the role of the female artist in our attention-economy. 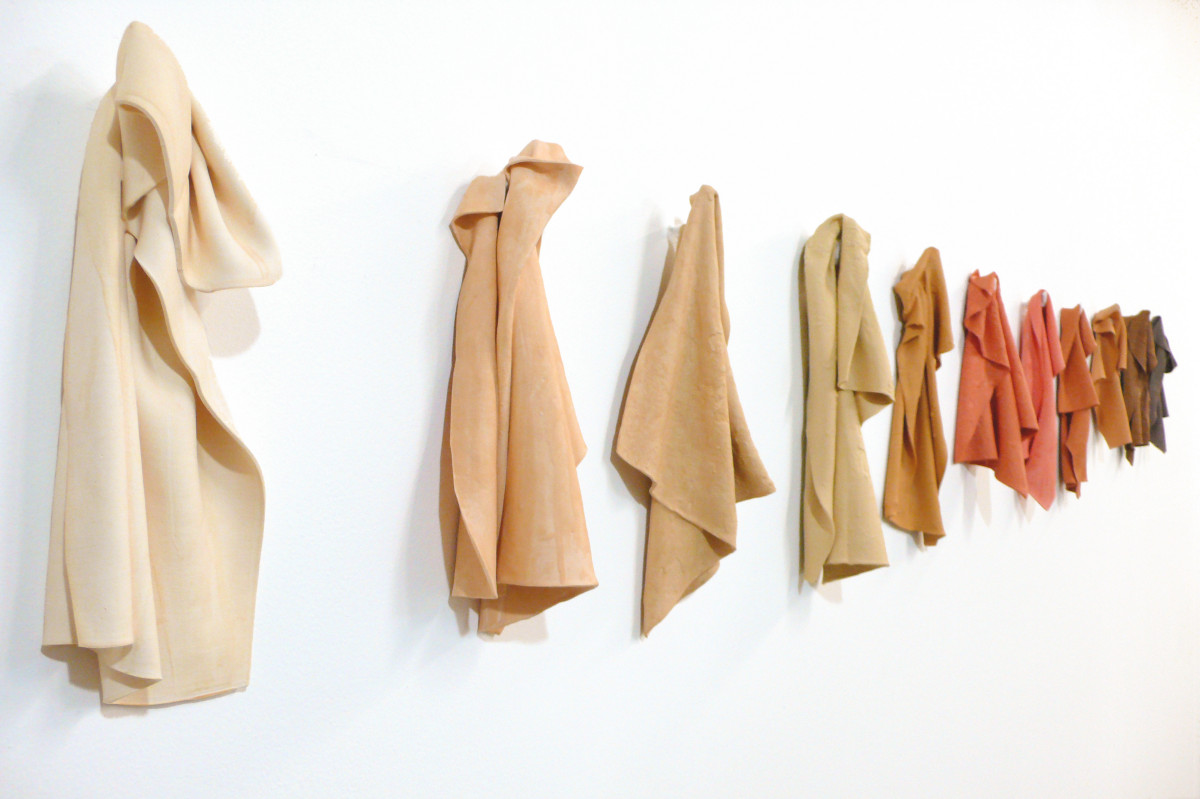 Nathalie Alfonso will feature a suite of used cleaning rags, remnants from her performance “Underscore”. Alfonso investigates the contrast of a surface and materials embracing an internal impulse to challenge the limits of her body and mind. The process of mark making, followed by its eradication, calls attention to the invisibility of manual labor.

Nicole Doran will feature new work from her “Digital Shaman” series. Doran’s raw canvases and drippy‐splattered abstract backgrounds serve as a snapshot of the artist’s attitude toward spirituality and magical thinking, and how these, in turn, are influenced by new technologies. Intervention with ceramic adornments—sad face emojis, cell phones, fingers—reference to harbored anxieties induced by both technology and human emotion.

Juana Valdes’ “Colored China Rags” makes use of Bone China for its history of trade between Europe and Asia, and its ever-shifting value as a commodity. In altering the clay “body” by inserting pigment directly to the clay, she is changing its chemical composition, thus bringing into consciousness past histories in present day experiences that engage questions of economic inequalities due to race, class, and gender prejudice. These works question how aesthetics and value is assigned and maintained through the production of mass produce objects.

Clara Varas plays in a space between abstraction and representation, between painting and sculpture. The “Interior/Exterior” series references both the self as well as physical space regarding the concept of home and the exploration of dwindling natural habitats. The painterly marks lend themselves to impressions of flora and fauna, or sometimes suggestions of interiors- which Varas emphasizes by the placement of certain household objects conjuring up our visual memory as though to say; something once stood here, and this is what was left behind.